Jack Smith: Beyond the Demimonde

[Miscellaneous untitled mixed media works on paper (1964-1985). Miscellaneous untitled black & white gelatin silver prints (1958-1962). “No President” (1967-1970), 16 mm transfer to DV. “Diva” (2011), Blue Ray disc by T.J. Wilcox.]
George Kuchar called Jack Smith (1932-1989) “the king of the underground." Laurie Anderson called him “the godfather of performance art." John Waters called Smith as the “only true underground filmmaker.” According to musician John Zorn, Smith was “the real Warhol.” The enigmatic Jack Smith—who inspired Charles Ludlam (1943-1987) of Ridiculous Theatrical Company fame and further inspired Hibiscus to found the Cockettes—was a multimedia artist before the term used formally. While creating films, sculptures, collages, and costumes—and shooting photographs—Smith was a major influence on Andy Warhol and included Federico Fellini among his fans. Following his arrival in New York in 1953, Smith became one of the most influential members of the American avant-garde and a central figure in the cultural history of the film, performance, and art of downtown New York.
Smith is probably best known for “Flaming Creatures” (1962)—a satire of Hollywood B movies and tribute to actress Maria Montez. Since some scenes were considered pornographic by the authorities, copies of the movie were confiscated at the premiere and it was subsequently banned. The movie provided traction for right-wing politicians during Congressional hearings. In 1998, PS1 mounted a retrospective of Jack Smith’s work that traveled to the Warhol Museum in Pittsburgh.
While Gladstone Gallery has represented the Estate of Jack Smith since 2008, this is the gallery’s first exhibition of his works by Jack Smith. Curated by the eloquent and iconoclastic Neville Wakefield, “Thanks for Explaining Me” presents 12 recently restored films, as well as a selection of drawings, collages, black and white photographs, color photographs never previously exhibited, and two seminal slide shows. A writer and commentator on contemporary art, culture and photography, Wakefield is author of “Postmodernism: the Twilight of the Real,” published by Pluto Press in 1988. Contributing editor to Another Magazine, Elle Decoration and Open City, he regularly writes for Artforum, Art and Auction, Art in America, I-D, Interview, The New York Sunday Times, and British and Italian Vogue.
Seeing his curatorial endeavor as a tributary approach to Smith’s creative practice and panoptic production, Wakefield writes: "More than almost any artist of the last century Jack Smith understood that within the prevailing cultures of success, art’s greatest role may have been to provide provision for public failure. To this end his actors and accomplices, props and lighting, drugs and desires were invariably wrong: wrong before the performance had started – before even the lights had gone down. The marathon of tourettic revisions, false starts and delays signaled to the world the impossibility of creating anything of value in a rectilinear lagoon where even the dedicated and willing were dragged to the bottom-feeding level of landlords and lobsters. Yet out of these impossible conditions was born the stuff of exquisite beauty, radical politics, lurid, caustic, pornographic and often hilarious evocations of the sexual and social strata in which we find ourselves. Much of this endures even in conditions Smith would have most likely have loathed. But the fact that the same frictions that heated and formed his work continue to frustrate curators as well as inflame and inspire artists—including those who have agreed to continue the spirit and legacy with works created for this show—is, I hope, testament to the enduring power and influence of Jack Smith’s extraordinary art."
Three collaborative works will also be on view, in which artists Ryan McNamara, A.L. Steiner, and T.J. Wilcox appropriate heretofore unseen Jack Smith film material to create contemporary meditations on Smith’s legendary life and work. Using video and performance, Ryan McNamara’s work centers around the body and the role it plays in establishing identity. Simultaneously playful and contemplative, McNamara’s highly physical works are informed by comedic sensibility and driven by a highly thoughtful inquiry of the body’s limitations and vulnerabilities. His performances have been included in Performa at X Initiative (2009), MoMA’s PS1 (2010), and the Moscow Performance Biennial at the Garage (2010). His work is in the collection of MoMA. A.L. Steiner is a Brooklyn-based artist who uses constructions of photography, video, collage, installation, collaboration, performance, writing and curatorial work as seductive tropes channeled through the sensibility of a cynical queer eco-feminist androgyne. A visiting faculty at UCLA and The School of Visual Arts, Steiner’s solo and collaborative work has been exhibited internationally. T.J. Wilcox has had solo shows at Stedelijk Museum (Amsterdam), and has had work shown at Museum Ludwig (Cologne), Tate Modern (London), and MoMA. In 2006, a monograph of his work was published in a multi-gallery collaboration.
A special film program will take place on Saturdays from 4-6 PM during the run of the exhibition, wherein newly restored Jack Smith prints will be screened on 16mm celluloid. The films will be introduced by film historians, scholars, friends and collaborators of Jack Smith. The Saturday series will present a rare opportunity to see these eleven film prints in the context of the artist’s larger body of work.
After Smith’s AIDS-related death in 1989, performance artist Penny Arcade and film historian J. Hoberman—along with others in the “downtown arts community”—bravely and tenaciously fended off attempts by Smith’s family to scuttle his artistic legacy. Thankfully, a horrendous decision on behalf of Smith’s estranged biological family by New York Surrogate Court Judge Eve Preminger–after a six-minute “trial”—was stymied by Gladstone Gallery’s purchase of his collection.
Smith, having been referenced by such artists such as Laurie Anderson, Cindy Sherman, Mike Kelley, David Lynch, Matthew Barney, Nan Goldin, John Zorn, Lou Reed, David Byrne, and Robert Wilson–across myriad disciplines–has had momentous, if unrecognizeded, impact on art internationally. Gladstone Gallery's show is a move toward rectifying this situation.
Jack Smith: “Thanks for Explaining Me”
Curated by Neville Wakefield
Through June 16, 2011
@ Gladstone Gallery
515 West 24th Street, NYC 10011
Posted by JD Nalley at 6:35 PM 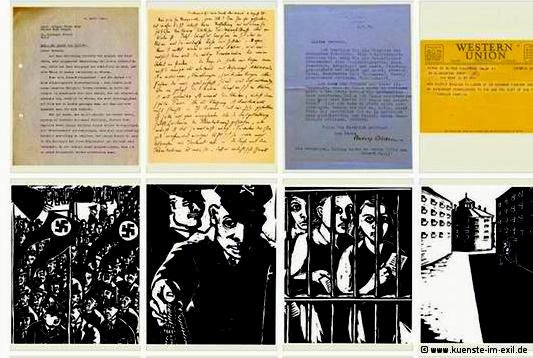 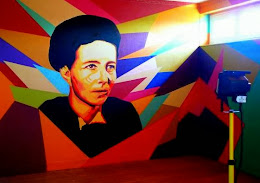 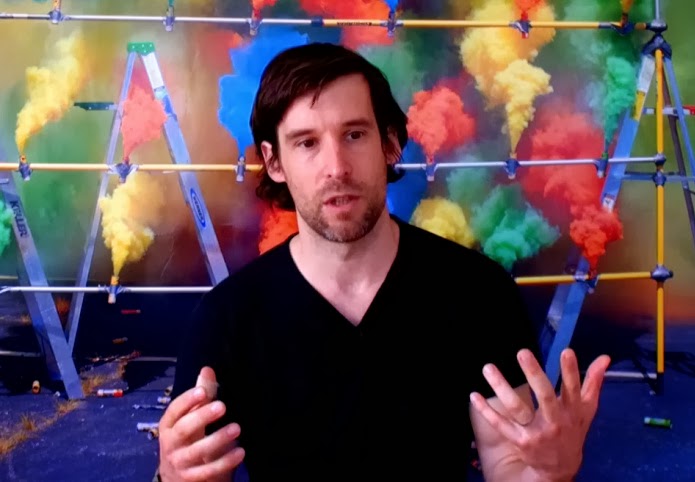 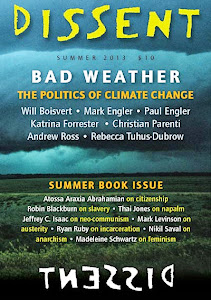 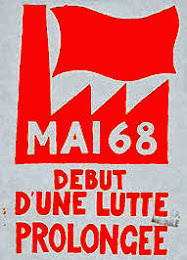 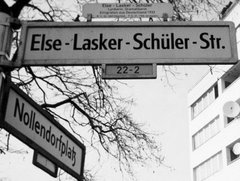 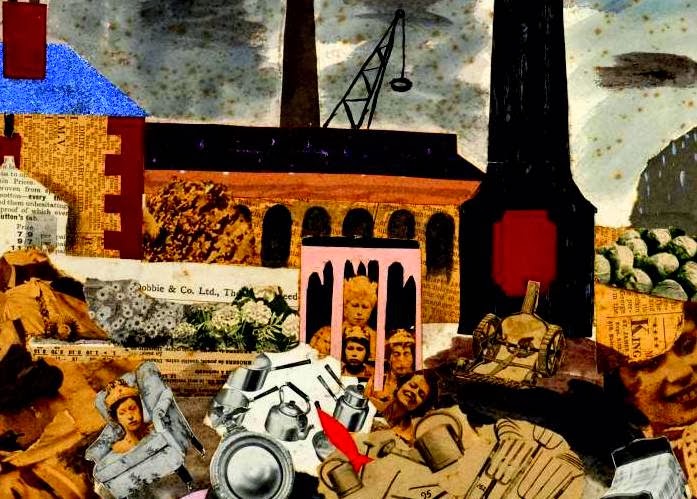